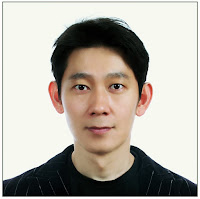 I am a Postdoctoral Research Fellow at the Department of Geography and Geoinformation Science, George Mason University. Before joining George Mason University, I worked as a Postdoctoral Researcher at Pusan National University Research Institute of Computers, Information and Communication, South Korea. I have working experience for six months in Geospatial Information Section at United Nations Global Service Centre (UNGSC) in Brindisi, Italy as a geospatial expert regarding Open Source Geospatial Software. Since then, I have contributed to UN Open GIS Initiative as a member. In 2013, I participated in the MediaQ project, which is designed and maintained by the Integrated Media Systems Center (IMSC) at the University of Southern California (USC), as an external collaborator.

I graduated in the Department of Computer Engineering from Pusan National University, South Korea with a Bachelor of Engineering, Master of Engineering, and Ph.D. of Engineering in Computer. My Ph.D. thesis was entitled 'Preserving Location Anonymity in Indoor Spaces.' The Ph.D. was carried out under the supervision of Prof. Ki-Joune Li.

I have participated in various projects related to GIS including National Spatial Data Infrastructure (NSDI) projects, performing multiple roles. As a software developer, I started the first project to develop a moving object management system in road networks. It includes a moving object generator, simulator, and visualization tool in road networks. I deeply contributed to developing the 3DF-GML, national standards of 3D feature model and data specification based on Geographical Markup Language (GML), as a project manager. And from top to bottom, I have been involved more than 5 years in the R&D project that aims to develop an indoor data management system for indoor spatial awareness and indoor data models. Especially, I developed an alternative and efficient 3D geometry model, called Prism. Also, I have been participating in open source projects as a contributor. In particular, I have been developing modules of GeoTools: 3D geometry and complex feature. During the projects, I have designed overall architecture and DB schema, proposed efficient data models and algorithms, applied and obtained three patents, and implemented core modules and various applications. Currently, I have been developing an geo-social simulation framework (funded by DARPA), and ensemble approaches to combine predictions from COVID-19 simulations and a dashboard to effectively visualize such predictions (funded by NSF).

I have worked as an expert on international standards related to GIS published by Open Geospatial Consortium (OGC) and ISO/TC211. I also joined an OGC Working Group for IndoorGML, which is an international standard for indoor navigation. You can check my video lectures on ISO 19107 – Spatial Schema and GML in Korean.

I have strong programming skills. I am not only an expert of C, C++, and Objective-C but also very proficient in C#, Java and Python programming languages. I have taught multiple courses regarding programming including Introduction to GIS Programming and Algorithms, Introduction to Open Source Software Development, Java Programming, and Object-Oriented Programming. I have wide-ranging programming experiences related to GIS including database, spatial DBMS (PostGIS, Oracle SDO), Web-based, 2D, 3D graphics, and mobile programming. I also have experiences to use and integrate geo-information tools/libraries such as QGIS, ArcGIS, GoogleEarth, GeoSHAPE, GeoTools, CGAL, and LEDA.

Also, you can find me at Google Scholar, Research Gate, LinkedIn